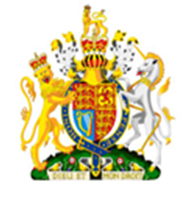 Her Majesty’s Senior Coroner for East Riding of Yorkshire and Hull is Professor Paul Marks. The Area Coroner is Lorraine Harris.

The location of the Coroner’s Office is -

The Coroners Courts are also located in The Guildhall and this is where all inquest hearings will take place.

The role of the Coroner

The East Riding and Hull Coroner's Service will look into someone’s death if they died within the East Riding of Yorkshire or Hull area, and -

The police, hospital doctors, individual GPs, and Registrars will refer a death to the Coroner, where necessary.

Coroner's Officers will be the main point of contact for the deceased's family and next of kin.  They will gather information for the Coroner from the family, the police, doctors, mortuary staff, hospital bereavement staff and funeral directors. They will also get information and documents from those who may have been involved in the death, such as witnesses, or those a coroner decides is an ‘interested person’ in the investigation.  The coroner’s officers for the East Riding and Hull Coroners Service are employed by Hull City Council.

An inquest is a public court hearing for the coroner, sometimes with a jury, to decide who died, how, when and where the death happened.  Not all deaths which are investigated by a coroner need to have an inquest.

An inquest is different from other types of court hearing because there is no prosecution or defence and only the coroner can decide what evidence to hear. The purpose of the inquest is to discover the facts of the death. The coroner's court does not determine criminal liability by a named person or civil liability.

Below are details of scheduled inquests. Occasionally an inquest can be postponed at short notice, if you want to check that the inquest is going ahead as planned please contact the office by emailing coronersoffice@hullcc.gov.uk

If you are asked to give evidence at the hearing you will be expected to attend. If you think this will be too difficult you should discuss this with the Coroners Officer.  You do not need to attend an inquest if you are not giving evidence, this is entirely your decision.

Family members and friends are also welcome to attend court to hear evidence and ask questions if they are unsure about anything.

Members of the public may attend and the media are allowed to report on proceedings.

Please see information below about attendance at Inquest Hearings and availability of remote access.

Attendance at Inquest Hearings and Availability of Remote Access

Help us to improve this page by telling us when something isn’t right such as incorrect content or a link not working. Please don't include any personal or financial information, for example your contact details or credit card number. We are unable to respond directly to feedback form submissions. You can also get in touch with us by following these links -

Contact us – for general enquiries Satisfaction – to tell us about your website experience Feedback – for compliments, comments, concerns or complaints

Feedback on this page